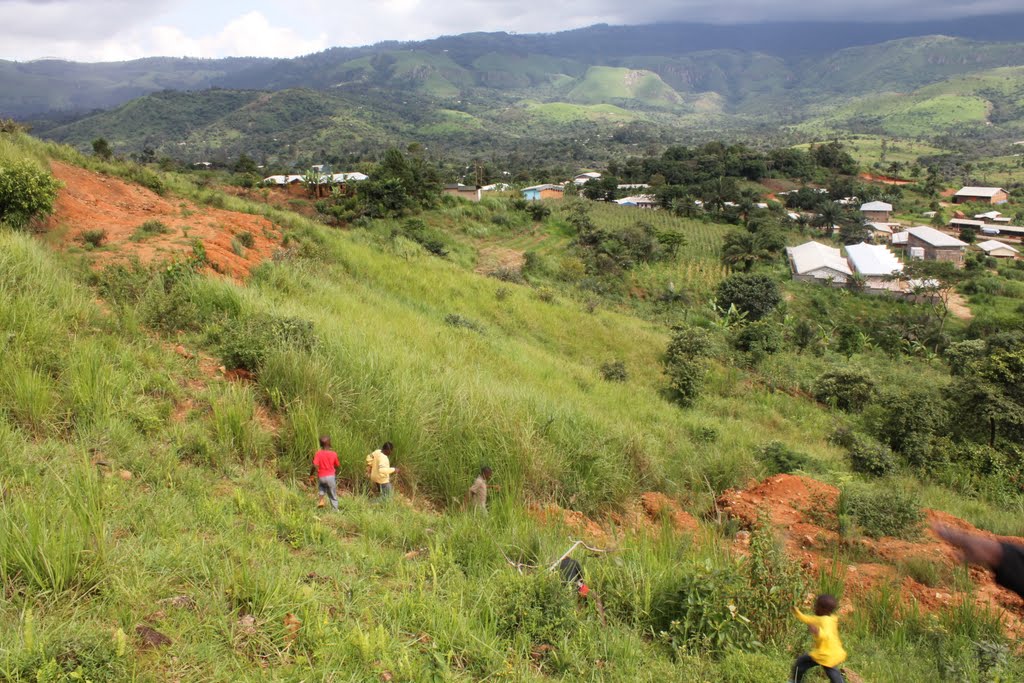 A Synoptic Historical background of Nkwen

Since the advent of colonial rule, many attempts have been made by number of scholar to trace and place on record the historical setting of the different chiefdoms of the grassfield. But so far, a majority of the investigations have concerned themselves with the origin of the various cleans and tribes rather than with individual villages. Hence, the traditional background of the Nkwen people can be coined more from oral tradition and from the material available on the main tribal group in which the Nkwen chiefdom falls.

The Nkwen people are an integral part of the BAFUT tribe which originated from Tikari and moved through Kom and via Wum to Mbebeli, a quarter in present day BAFUT. The people fall under one of the Sudanic races claiming racial affinity with the Tikari groups that migrated and settled in the Bamenda area, either from the Ndobo or Kimbi area in the upper Mbam river around Foumban.

While at Mbebeli, is the first settlement of the BAFUT village, a struggle for fonship arose between two princes; SUHFUH and NEBAFUH. Both sons of the same mother with Suhfuh being the elder brother of Nebafuh.

The conflict ended with a sizable portion of the population backing Nebahfuh who was then enthroned as Fon of BAFUT while Suhfuh accepted the defeat and left Mbebeli with his followers to settle at Atiella in a neighboring chiefdom called Mbelewa. He was followed by those who favored him and they found a new settlement at atiella in Mbelewa, a neighboring chiefdom. He had discovered this area during a hunting expedition while he was still at Mbebeli. Here, Suhfuh was installed fon and his chiefdom took the name Bafreng.

A Atiela, Suhfuh abandoned his hunting activities, devoted his attention to farming and grew mostly beans. At some time, hunger hit the whole of the mbelewa chiefdom and they turned to Suhfuh for sustenance. He accorded them so much assistance in this respect that they in turn planned to unite with his people. So acting unanimously one day, the quarter heads of the Mbelewa chiefdom approached Shufuh and informed him of their decision to join his chiefdom. Following their plan, the Mbelewa notables and their chief were invited ti Suhfuh’s palace at Atiellah where he engaged them to some talk. During the course of the conversation and acting fast, Suhfuh stood up and smashed the legs of the Mbelewa chiefs. The Mbelewa notables immediately shouted praises in honor  of Suhfuh and declared their chiefs’ subject to the strongman, Suhfuh.

The Mbelewa people were now assimilated to the Bafreng group during the hay days of the Bafreng hegemony. The paramount chief of Mbelewa and his collaborators were thus stripped of their powers to govern their ethnic group. However, Suhfuh accorded the rank of subchief “atangche” to the Mbelewa parmount chief. Since then, the “atangche” of Mbelewa has continued to act in this position till today.

The Atiella palace was later transferred to an area situated down the low lying land of Atiella through the initiative of a woman who reached these low lying lands while fetching firewood. She returned and informed the Bafreng people at Atielah of her discovery and a decision was taken to transfer the palace of the Bafreng Fondom down valley.

This decision saw a new palace constructed at mambu, around an area surrounded by the quarters of Mbesoh, Bujong, Mbefukuh and Mbefi. Later on, a more central area situated at the main motorable road passing through Bafreng saw the palace on a third spot at Futru. During the advent of western exploration and colonization, the name of the village was changed to Knwen share common boundaries and backed by oral tradition that was revealed during research carried out to situate the historical background of Nkwen, leads to the rightful conclusion that the Nkwen ethnic group reached their present settlement from Tikar Ndobo. Besides, the BAFUT and Nkwen people speak a dialect that is very similar.